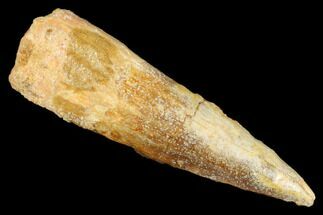 This is a Spinosaurus tooth just under 2 inches long with nice enamel preservation. It would have come from a juvenile of the species and just has one minor crack repair with no restoration. 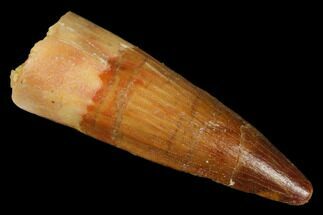 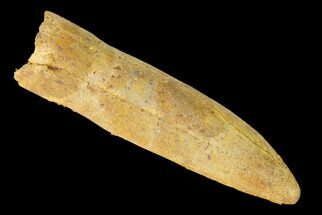