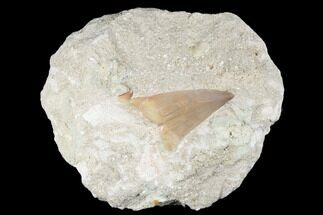 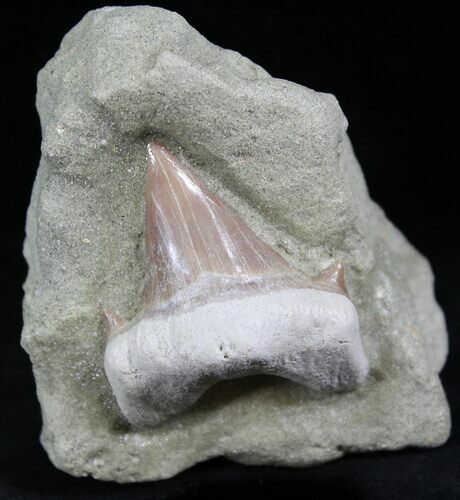 This is a nicely preserved fossil tooth of the extinct, giant mackerel shark, Otodus obliquus. It's Eocene in age, approximately 54 million years old and comes from the phosphate deposits in the Oulad Abdoun Basin of Morocco.

The tooth has been mounted on a piece of sandstone to create an aesthetic display. It is NOT the original rock it was found in. 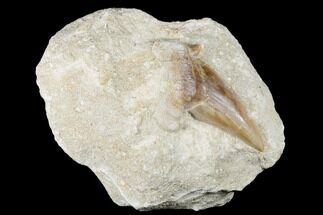 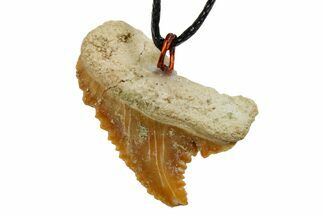