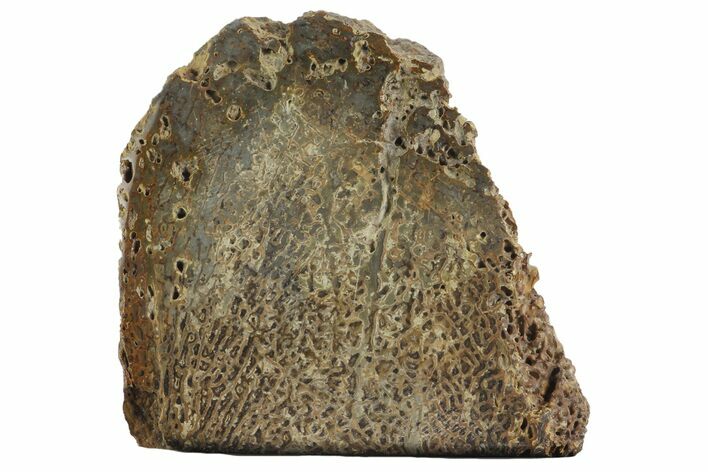 This is a section of polished bone from the Pliosaur, Liopleurodon sp.. This genus of Pliosaur has gained much notoriety and received the nickname "Predator X". The bone comes from the Middle Jurassic (160 million year old) Oxford Clay of England. Fragmentary bones are a fairly common occurrence in the clays of this formation and this one has been cut and polished on both sides to reveal the beautifully preserved cell structure.

Liopleurodon ferox, a pliosaur from the Late Jurassic of Europe, pencil drawing by Nobu Tamura (http://spinops.blogspot.com). 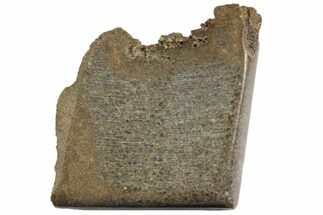 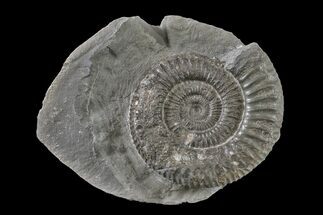 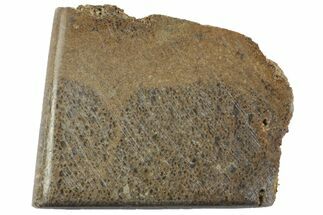 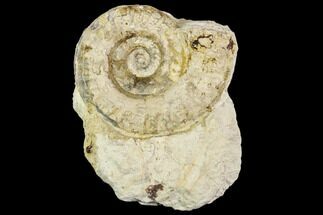 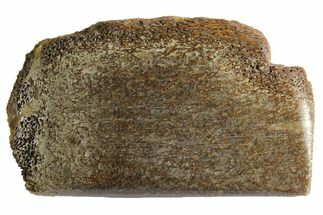