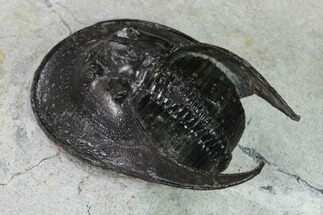 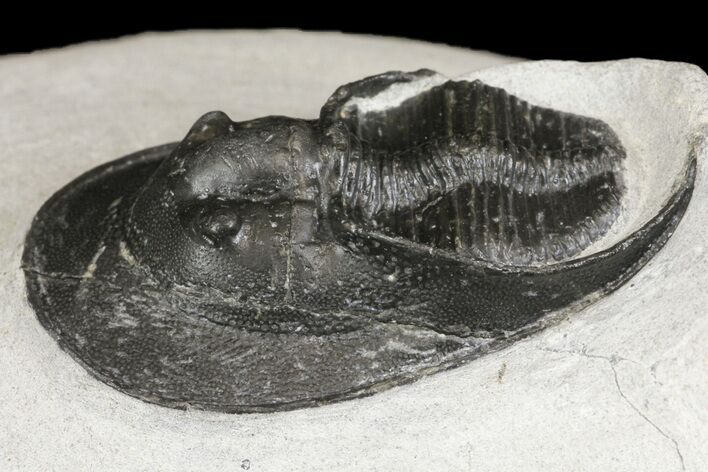 Here is an 1.9" long, Scotoharpes trilobite from Boudib, Morocco on the NE side of Jebel Issoumour. It has a very dramatic "head shield" which is often interpreted as a mechanism to help it stay on top of a soft ocean floor. This preglabellar ring (head shield) is covered in many sensory pits which may have held hairlike features when the trilobite was alive.

The preparation is rough in areas leaving some scratches on the shell and the right "genal spine" is broken, hence the bargain price. 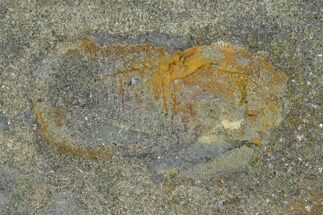 3.1" Spiny Quadrops Trilobite - Ofaten, Morocco
$1,295 $1,165
Our Black Friday Sale Has Begun!
Up To 30% Off Of All Items Sitewide
With Black Friday falling a week later on the calendar this year, we have decided to start our sale earlier. From now through Cyber Monday (Nov 30th) everything on our website is on sale. Be sure to check back often as hundreds to new listings will be added throughout the week.