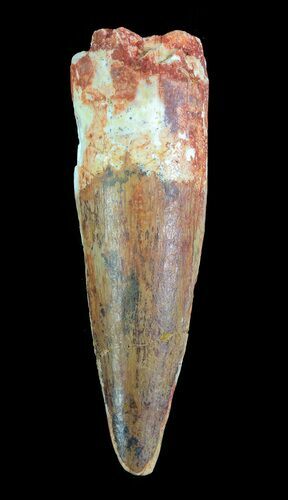 This is a nicely preserved tooth with beautiful enamel preservation. There is feeding damage on the tip and along the tooth's edge, as well as a repaired crack about a quarter of the way down.