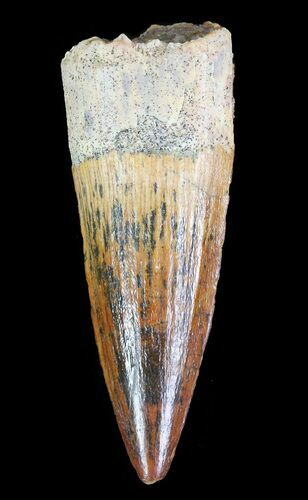 The enamel of this tooth was beautifully preserved, however there are small chips of enamel missing from the tip and edges.