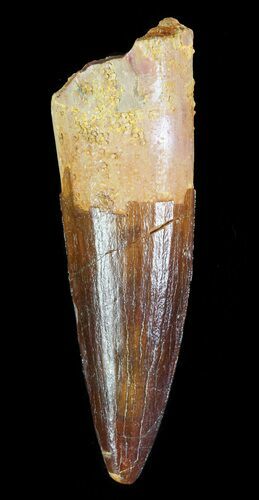 The enamel of this tooth was nicely preserved. There is some enamel that has chipped free from the tip, as well as a repaired crack towards the root of the tooth.