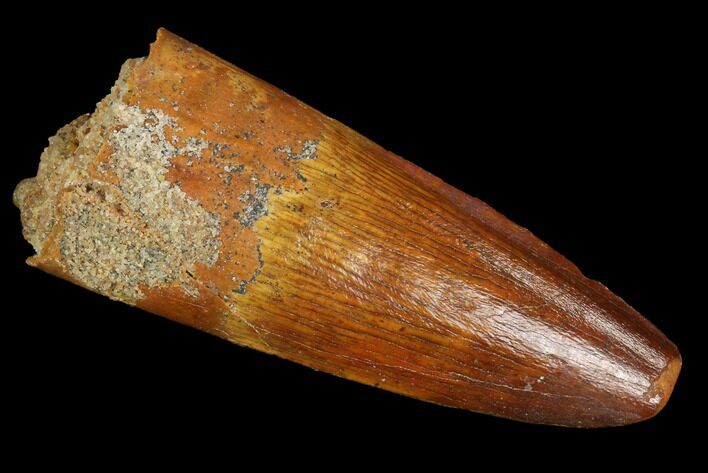 The enamel of this tooth remained in great condition, though the tip has undergone feeding damage