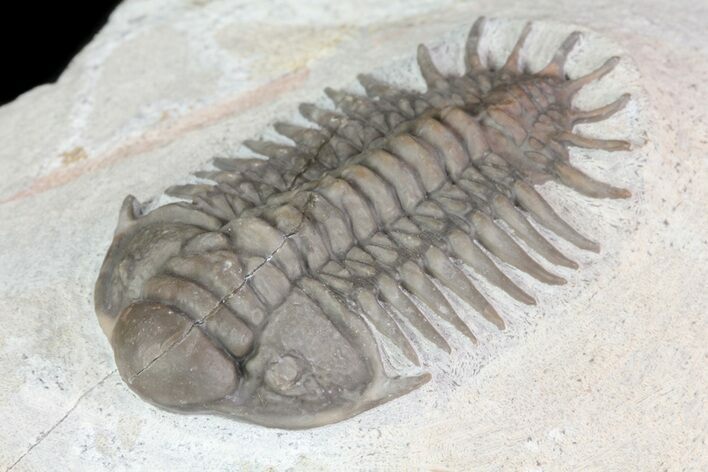 This is a 1.95" long Crotalocephalus trilobite (not to be confused with the common Crotacephalina) from Jorf, Morocco.