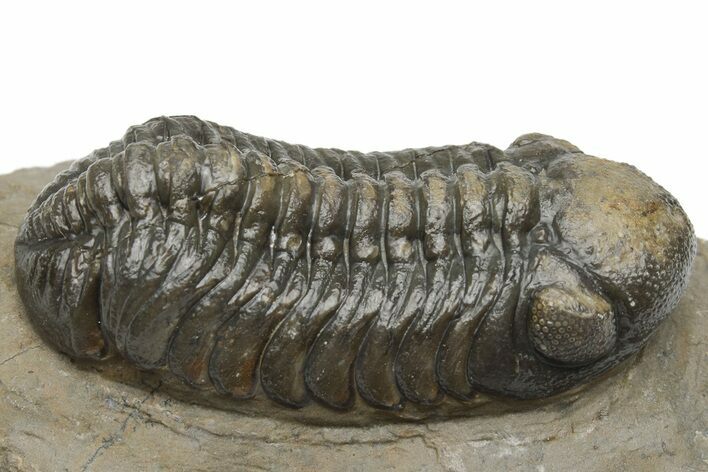 This is a detailed, 1.95" long Austerops trilobite from Ofaten, Morocco. It has good preparation preparation and eye facet preservation in both eyes. There is some weathering on the head and top of axis but otherwise the trilobite is quite nice.