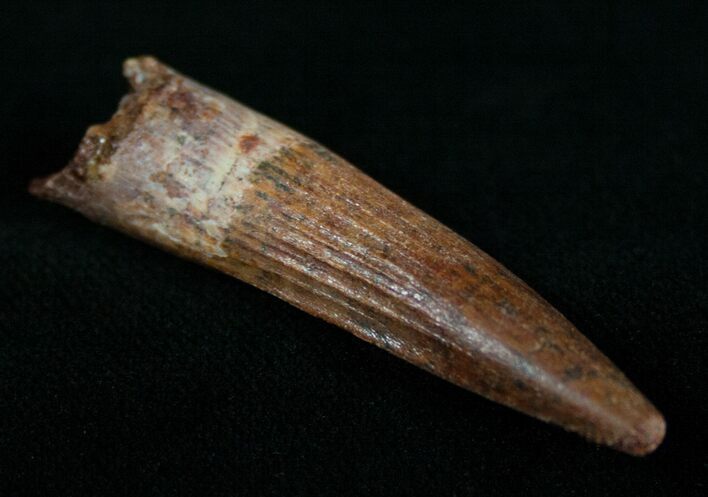 This is a 1.95" long tooth a Spinosaurus the largest known meat eating dinosaur. It's Late Cretaceous, approximately 100 million years old and from the Kem Kem Basin in Morocco. This tooth is nice and solid with no repairs. The tip is a little worn and it has beautiful enamel with dark flecks.