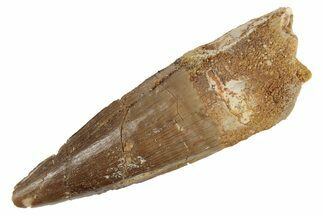 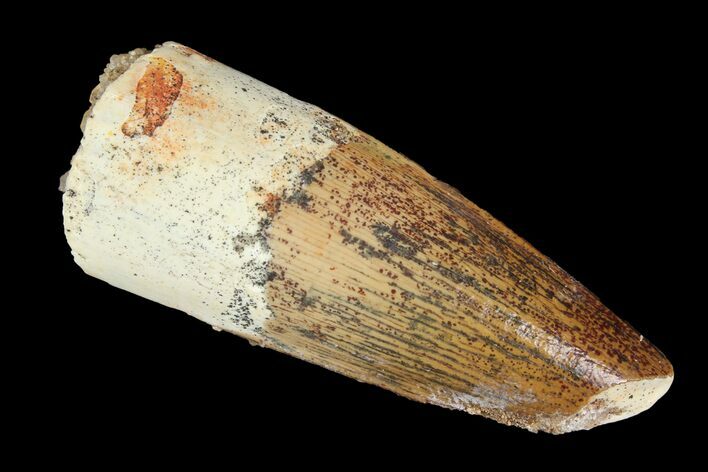 The remaining enamel of this tooth is in excellent condition. There is significant feeding wear to the tip.