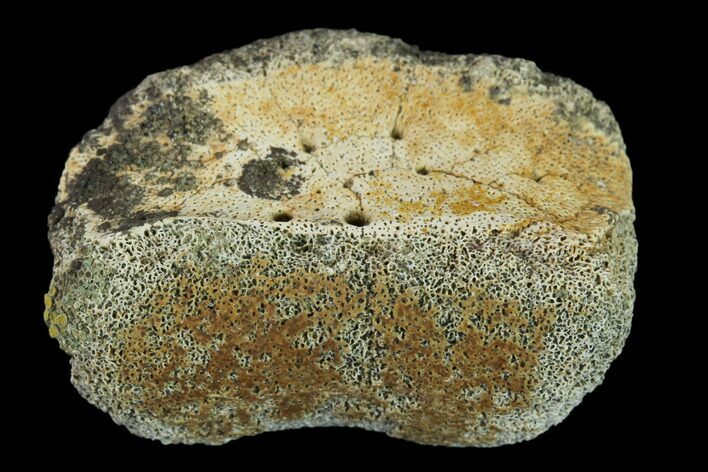 The cortical bone has mostly weathered away exposing the osteons (bone cells) that make up the bone.