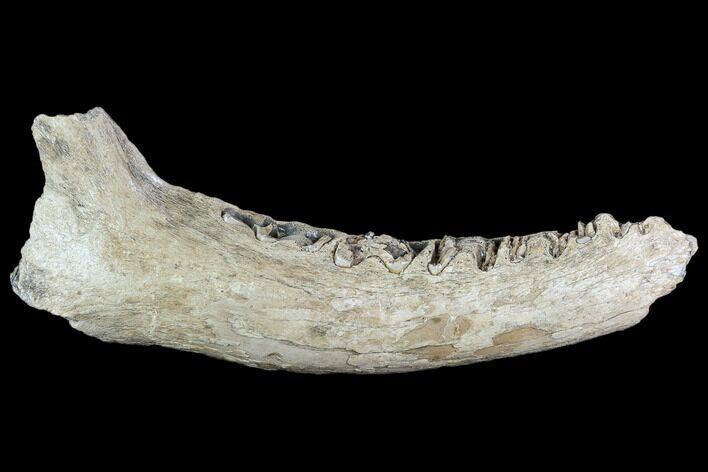 This is a beautifully preserved, 10.0" long jaw of a 40,000 year old, extinct Irish Elk (Megaloceros giganteus) from the Rhine River in Germany. This is a section of the left mandible and contains the roots of six teeth. 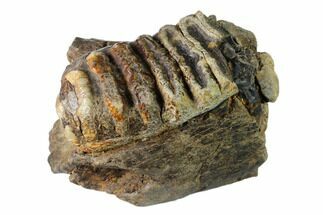