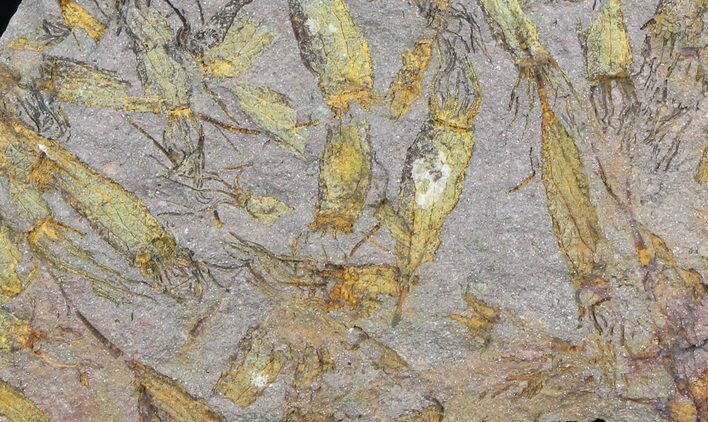 This is a plate of very detailed Eocrinoids of the genus Ascocystites collected near El Kaid Rami, Morocco. There are several dozen specimens on both sides of the rock. Many have a vibrant orange color due to the oxidization of iron pyrite which originally replaced the fossils. This is a very nice cluster.