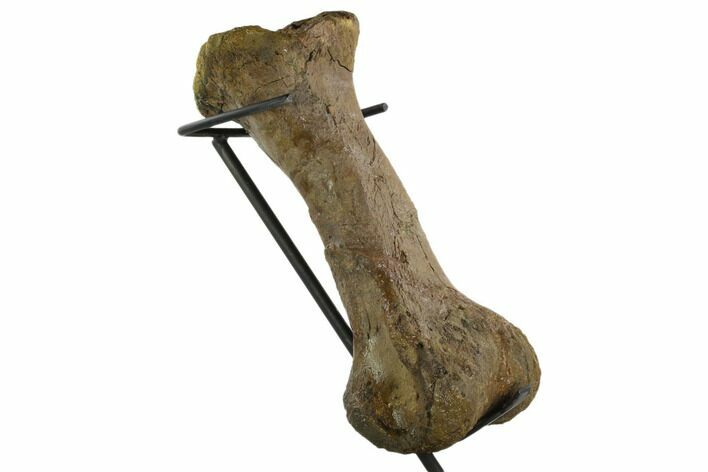 This is a beautifully preserved, 11.8" long metatarsal (foot bone) of a Triceratops, collected from the Hell Creek Formation of Dawson County, Montana. This bone was found in pieces and has been repaired with spots of restoration and gap fill. The diaphysis has repaired cracks throughout and some gap fill through some of the largest cracks. Aside from weathering, the distal end of the bone is pretty well intact with some glue stabilization and some touchups with paint. The proximal point of articulation has spots of restoration around the edges.

This specimen comes with a custom metal display stand. On the stand, this specimen stands 12.8" tall.