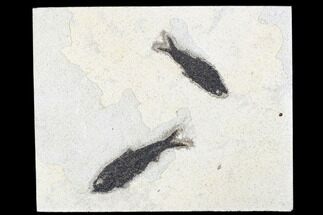 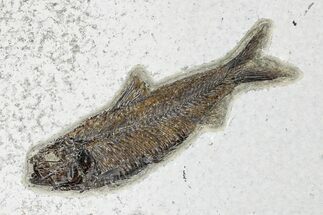 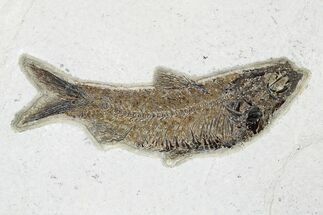 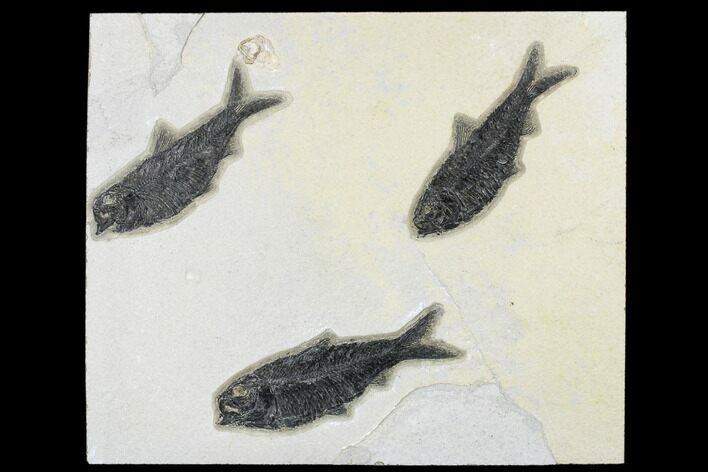 This is a 11" long, fish plate from the Green River Formation of Wyoming. It is contains three nicely preserved fish of the species Knightia eocaena. The detailed preservation shows bones, fin rays and overlapping scales of these 50 million year old fossil herring. 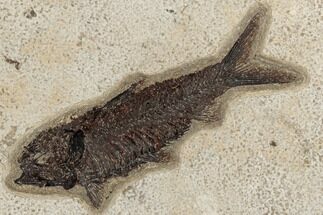 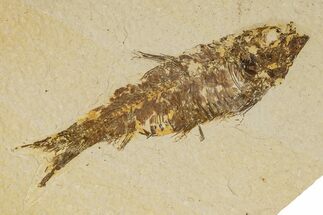 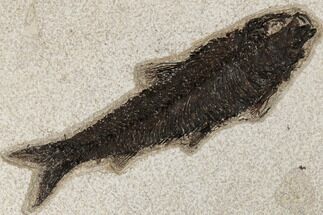 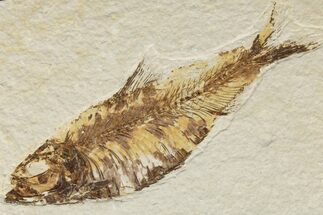