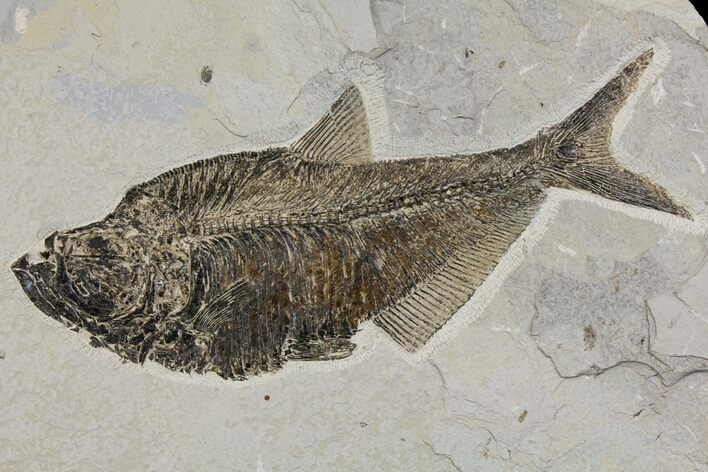 This is a 12.7" long fossil fish (Diplomystus) from the famous 18 Inch Layer of the Green River Formation near Kemmerer, Wyoming. This specimen shows excellent preservation of bones and fin rays.

This specimen comes with a large metal display stand.