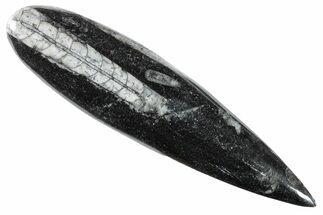 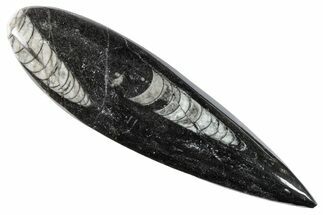 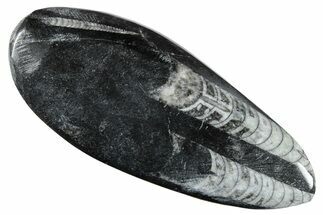 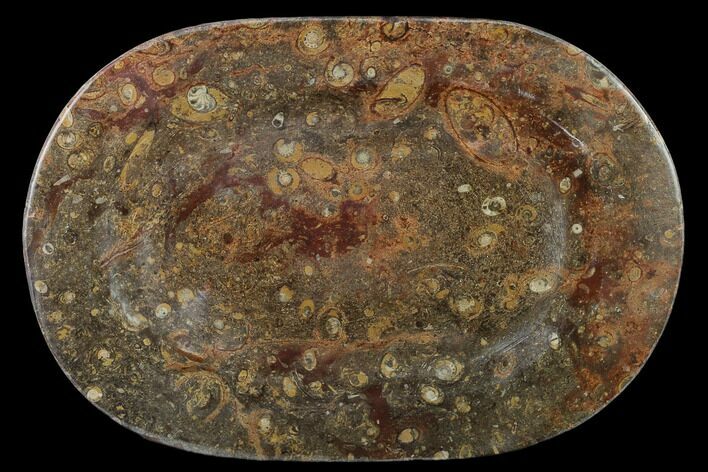 This is a beautiful stoneware serving platter made out of polished rock containing 400 million year old fossils of a straight cephalopod, Orthoceras regulare and Goniatites. The fossiliferous rock is quarried in the Atlas Mountains of Morocco and handcrafted into this beautiful stoneware. Each piece is one of a kind and have there own unique appearance making no two pieces the same. 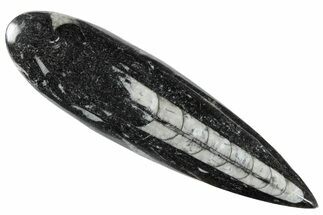 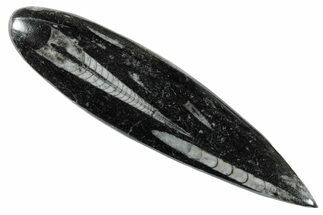 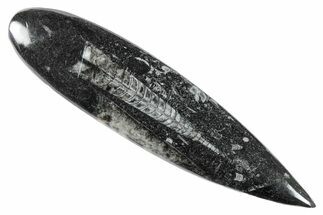 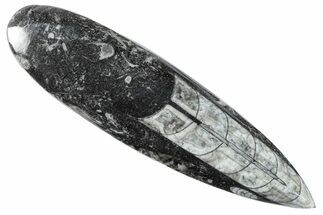