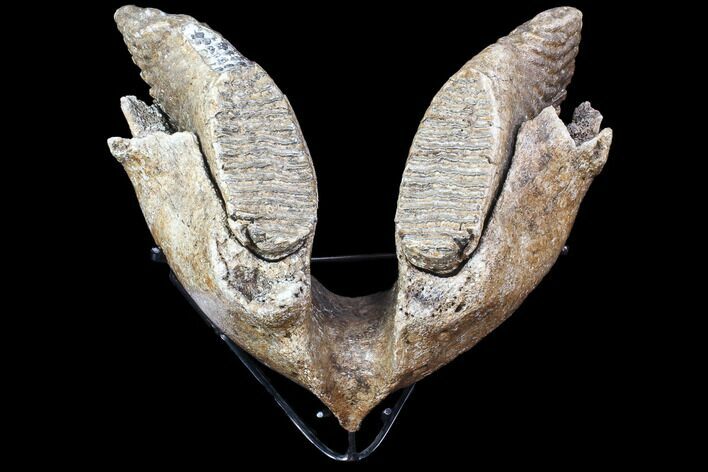 This is a 15" wide, lower jaw of a mammoth complete with a pair of beautifully preserved M3 molars still in place. It would have come from a near adult animal and the molars each measure about 10" long. It comes with a custom, metal display stand.