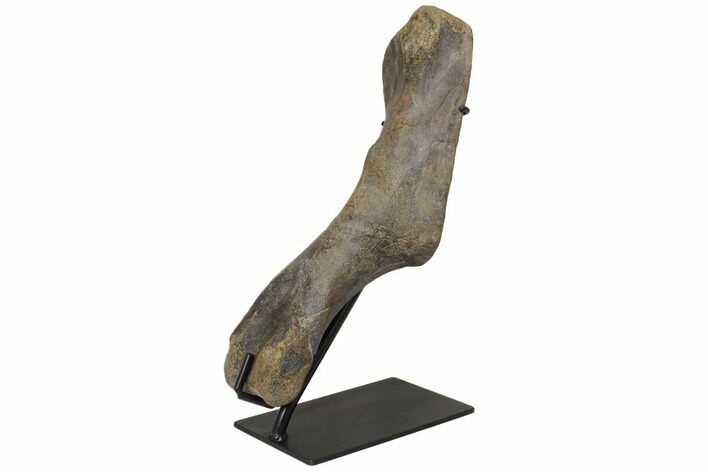 This is a beautifully preserved, 19.7" long Hadrosaur (Hypacrosaurus sp.) humerus bone from the left arm, collected from the Two Medicine Formation of Montana. It was collected this summer from one of our partners quarries in Pondera County. It comes from a hard sandstone layer and the bone quality is excellent and very dense. It comes with a custom metal display stand for display.