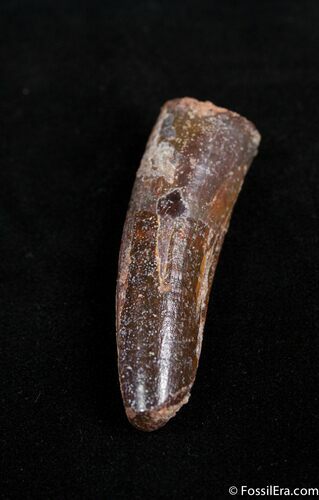 This is a real 2 inch long tooth of Spinosaurus with no restoration or repair. It has a nice dark enamel coloration and part of the root is present. Really a nice tooth for the inexpensive price.