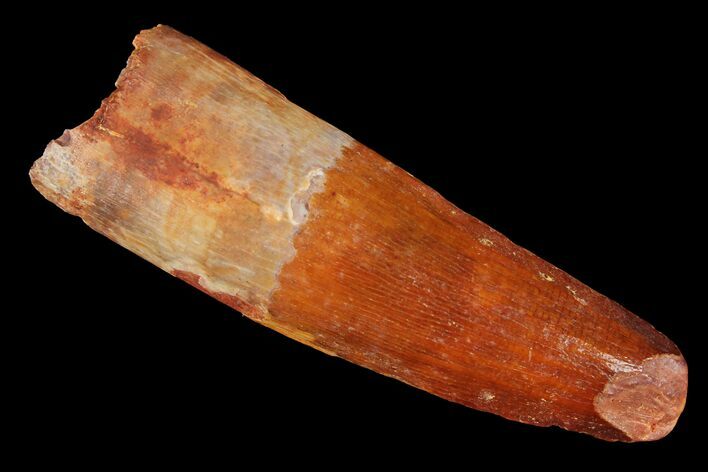 The enamel of this tooth remained in great condition. There is feeding damage to the tip.