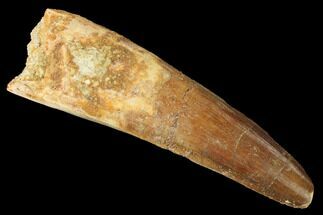 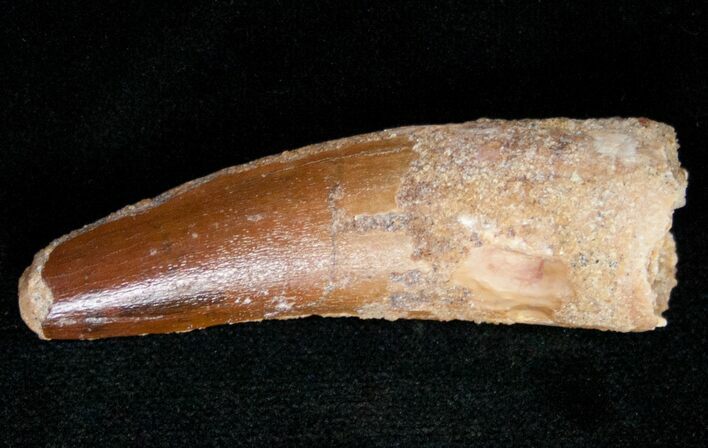 This is an authentic 2.02" long tooth of the largest known meat-eating dinosaur Spinosaurus maroccanus. It comes from the late Cretaceous, Kem Kem Beds near Taouz, Morocco. A tooth of this size likely came from a juvenile of the species. There is really nice enamel preservation on this tooth. There are some gap fills in the base of the tooth. 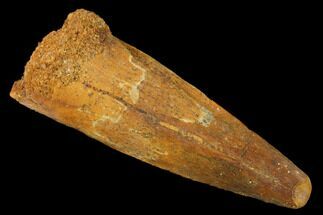