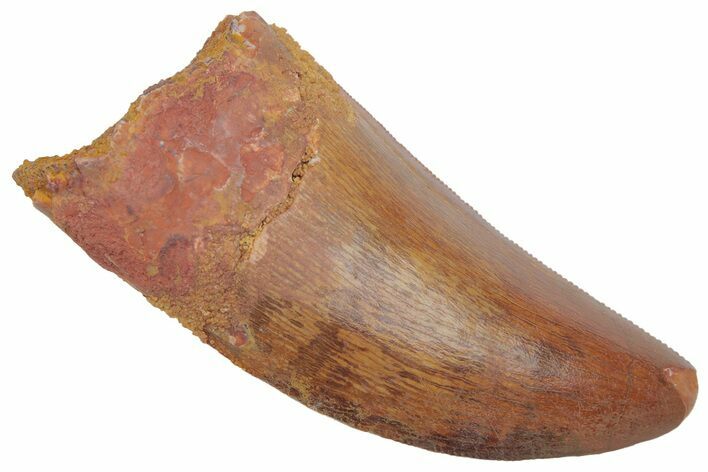 This is a nice, thick tooth with visible serrations on both edges. The tooth shows signs of significant feeding wear. There is one repaired crack near the base.