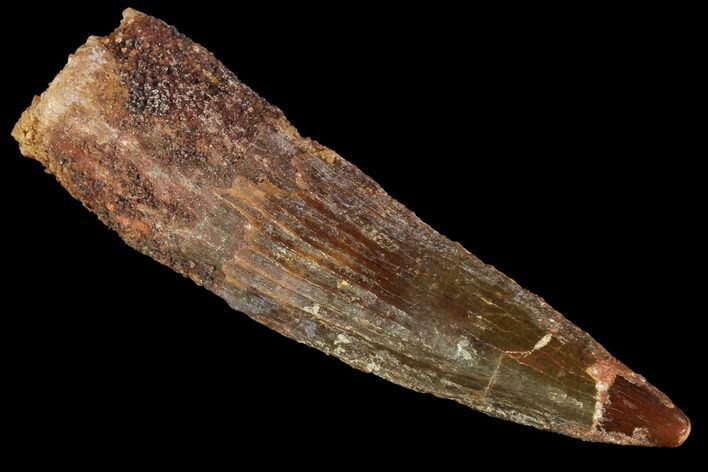 The tooth has nice dark enamel preservation. One repaired crack with small gap fill near the tip.