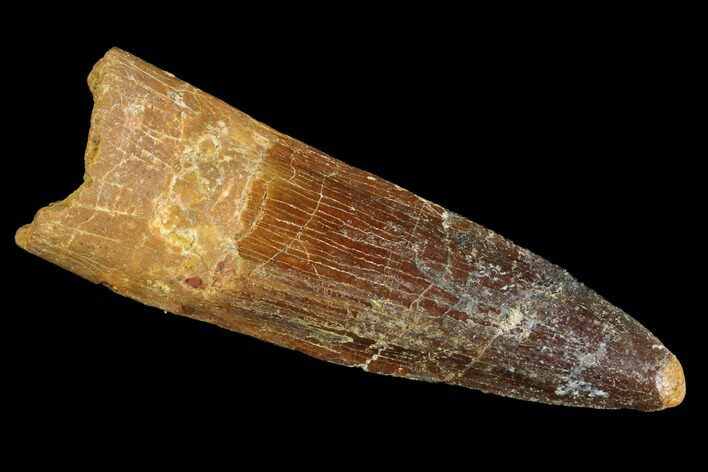 The tooth has nice looking enamel. There are a couple of repaired cracks in the upper half of the tooth, one with a small gap fill.