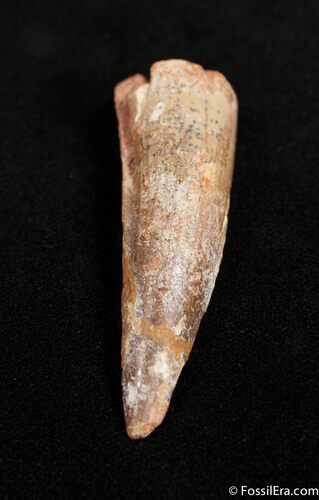 This is a 2 1/2 inch long tooth from the largest known predatory dinosaur to walk the planet, Spinosaurus. There is a repaired crack in the tooth close to the tip.