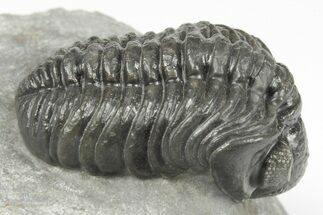 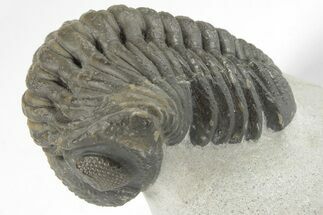 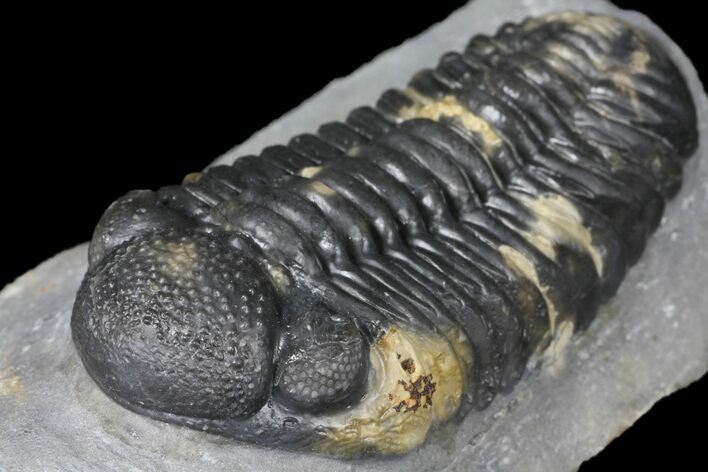 This is a 2.1" long specimen of Adrisiops weugi, a fairly rare new of phacopid from Morocco. It has a distinctive bulging glabella covered in large tubercles. The multi-toned shell coloration is natural. 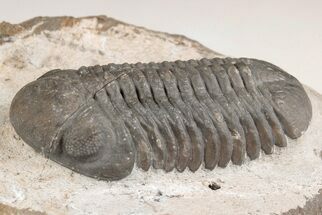