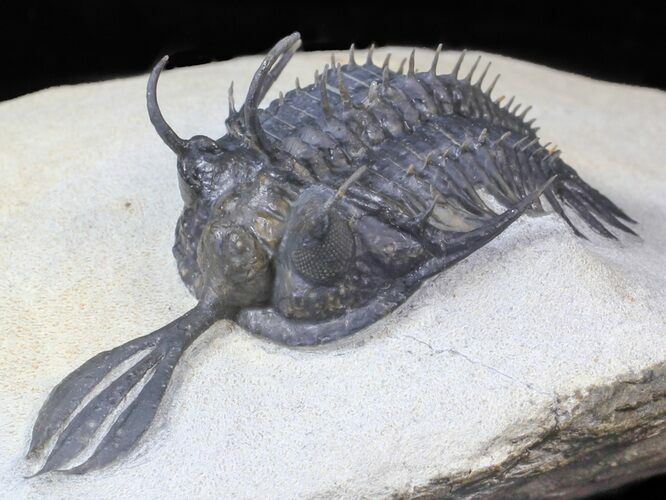 This bizarre specimen is the "short trident" version of Walliserops. This specimen is wonderfully prepared with nearly 50 small, free-spines. There is beautiful eye facet preservation in this specimen.

Morroco is an exciting place for discovering new and diverse species that lived in an ancient ocean that covered the northern reaches of the Sahara Desert. All three currently described species come from the same strata near Foum Zguid in southern Morocco, though other locations have yielded new trilobites to study. This region is hailed as one of the great fossil treasure troves in the world..
More About Trilobites
SOLD
DETAILS
SPECIES
Walliserops aff. lindoei
AGE
Middle Devonian (~350 million years) 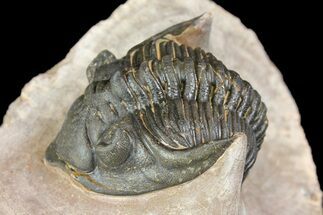 2.25" Walliserops Trilobite With Scabriscutellum - Msissi, Morocco
$1,495 $1,308
Black Friday Through Cyber Monday Sale!
Up To 30% Off Of All Items Sitewide
Our holiday sale is wrapping up, and the deals will end at midnight on Monday. All fossils, crystals and polished stones are discounted up to 30% off with some special items discounted even more. Be sure to check back as we will be adding many new listings throughout the day.