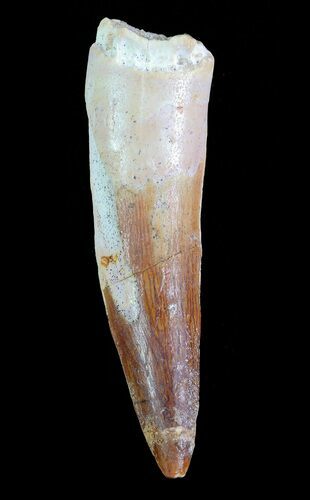 This is a decently preserved tooth with beautiful enamel preservation. There are two repaired cracks through this tooth, one at the tip and one near the middle, as well as feeding damage along one edge.