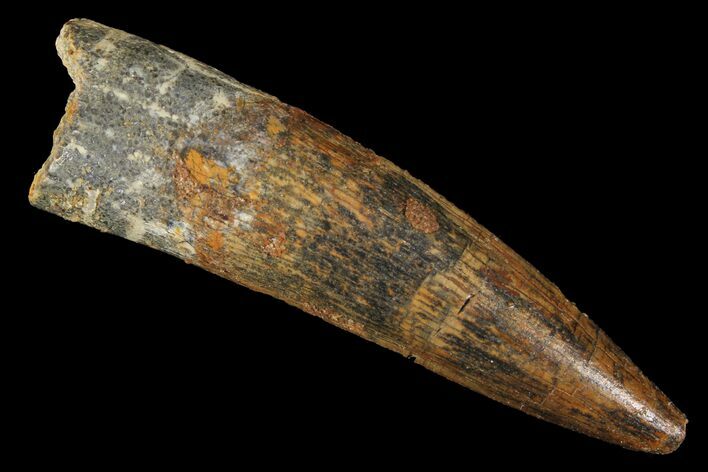 The enamel of this tooth remained in good condition, though there is some chipping of enamel at the tip. There is also a repaired crack about half way down the crown of the tooth.