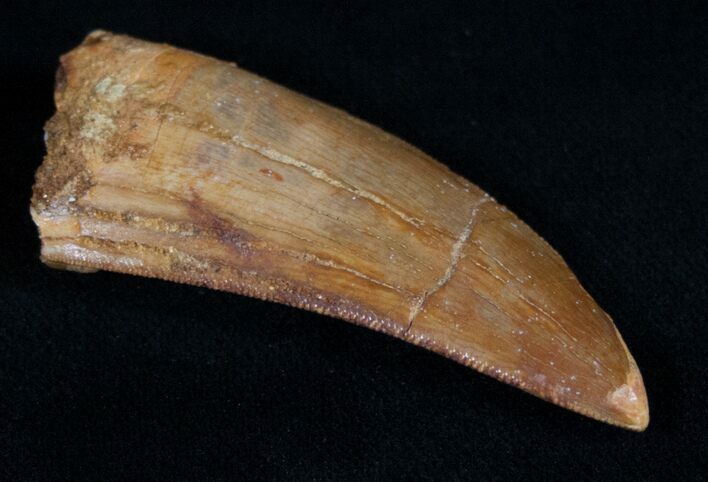 This is a very good quality tooth of the massive theropod dinosaur Carcharodontosaurus saharicus, which often gets compared to T-Rex. It's 2.15" long and has beautiful enamel preservation and good serrations. There is a little bit of wear to the tip of the tooth, and a single repaired crack but no restoration. It's in much better condition than the vast majority of Carcharodontosaurus teeth out there.