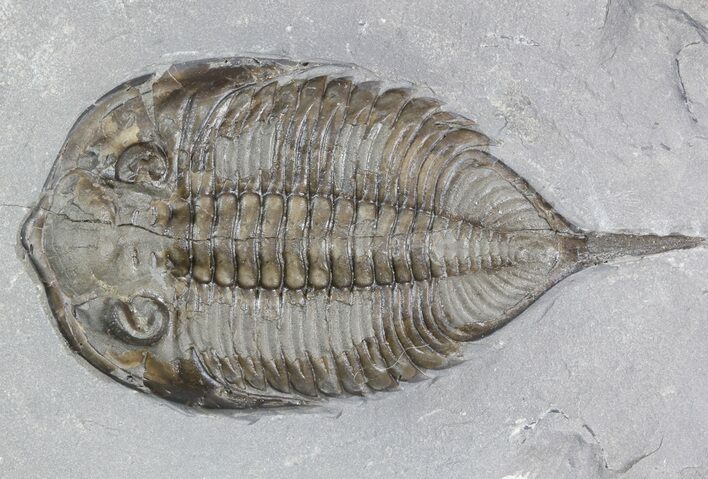 This is a 2.15" long specimen of the classic New York, Silurian trilobite Dalmanites limulurus. It was collected from the famous Caleb's Quarry near Middleport, NY. It's about average size for the species. The tail spine has been restored on this specimen, as that is where the repaired crack runs through the trilobite. 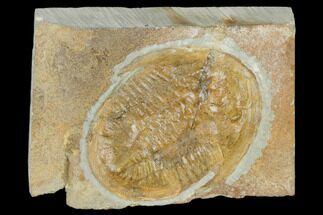