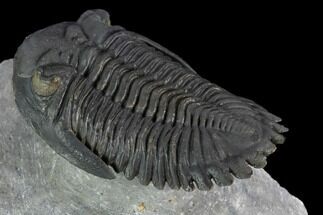 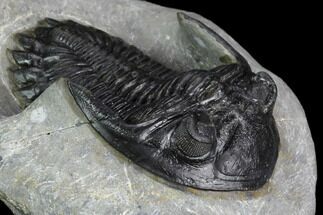 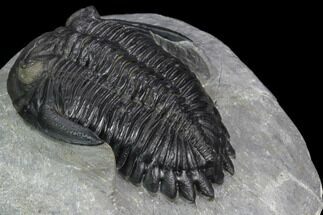 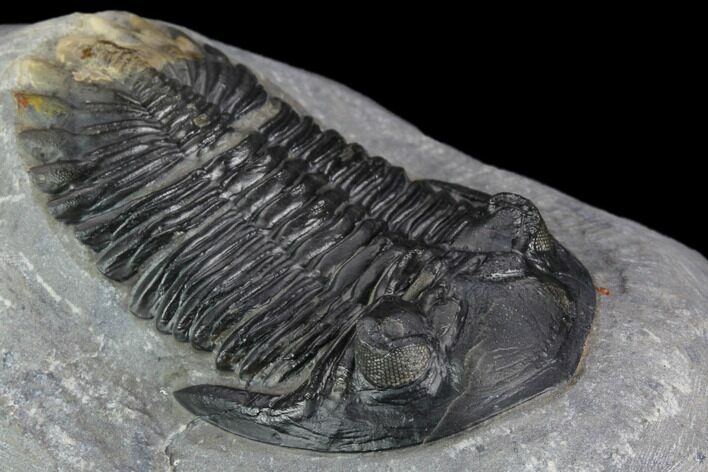 This is a 2.15" long example of the trilobite Hollardops merocristata from Ofaten, Morocco. Very nice preparation, with nice shell detail including clear eye facets in both eyes. It has a natural multi-tone shell coloration frequently seen on trilobites from the site. This is due to part fo the trilobite being closer to a seam in the rock which hot liquids flowed through. This leached certain minerals from the shell changing it's color. There is only one small spot of restoration on it's head. 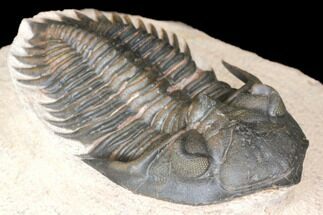 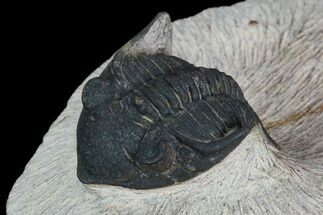 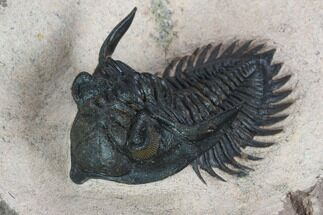 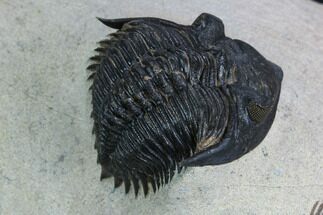