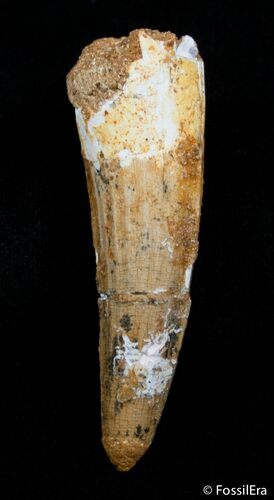 Here is a bargain Spinosaurus tooth from Morocco. It's a COMPOSITE (hence the price), which means it was created by attaching several partial Spinosaur teeth together. Regardless it still would make a inexpensive, and cool gift to a kid that loved dinosaurs.