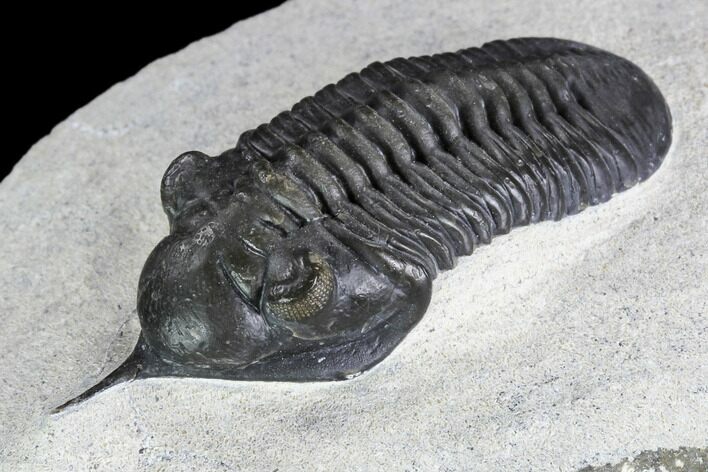 This is a 2.15" specimen of Morocconites malladoides. The genus has a distinctive pointed rostrum coming off the front of it's head. This is a nice specimen with less than 1% restoration along repaired cracks. 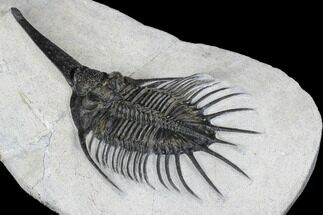