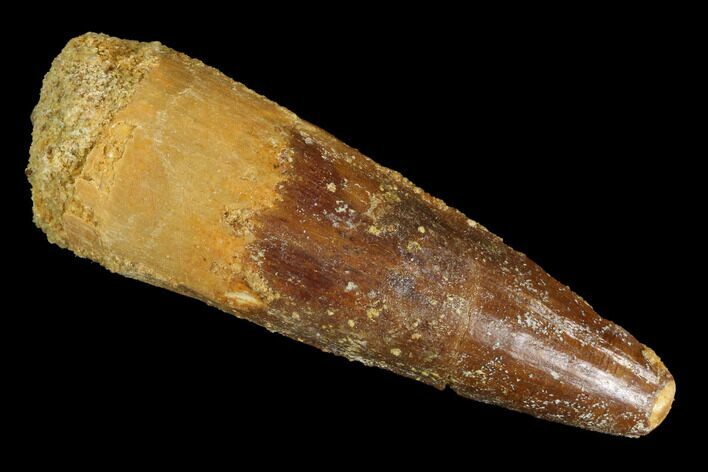 Most of the tooth has beautiful enamel preservation and some feeding wear to the tip. Therea are a few repaired cracks in the tooth.