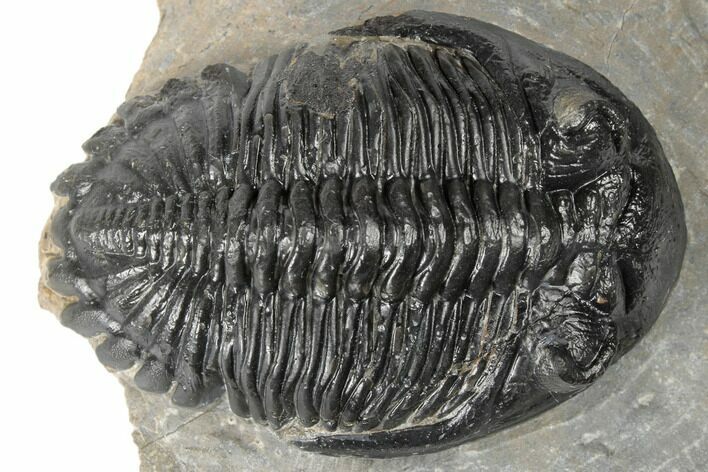 This is a detailed, 2" long Hollardops mesocristata trilobite fossil quarried near Ofaten, Morocco. The preparation is a bit rough in areas leaving some scratches on the shell but nearly all of the eye facets are visible. There is a patch of shell restoration on the left hand side of the thorax, about 3-4% in total.