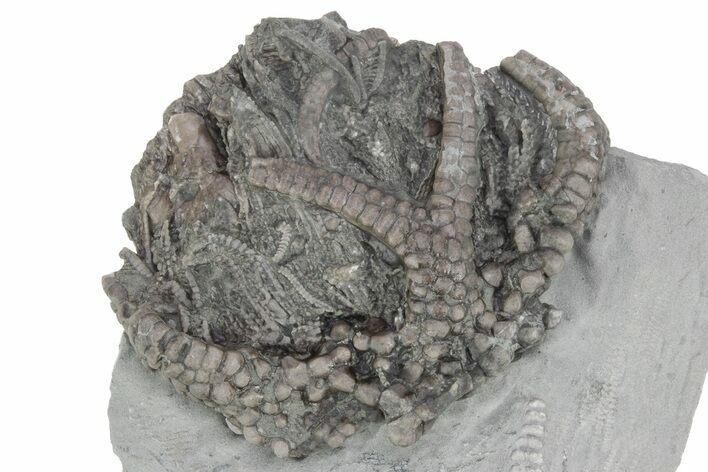 This is a detailed, 2.2" wide fossil camerate crinoid (Gilbertsocrinus tuberosus) from the famous crinoid beds near Crawfordsville, Indiana. It has been expertly prepared with air abrasives under microscope to reveal the intricate, three dimensional preservation of the fossil.