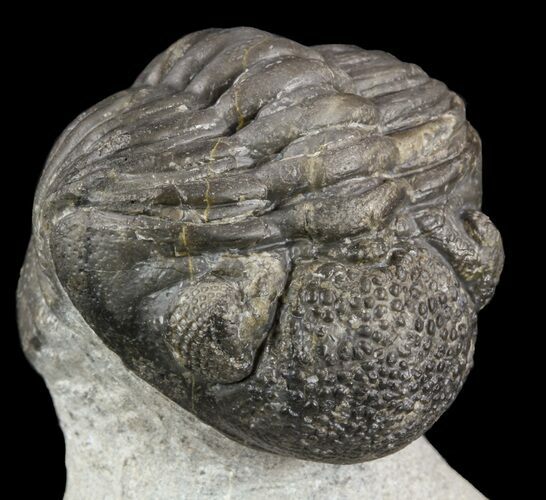 This is 2.2" long (if outstretched) Pedinopariops (Hypsipariops) vagabundus from Mrakib, Morocco. The hard limestone has been removed around it to create a nice base for display. Excellent eye facet preservation in both eyes and excellent preparation. There is only about 2% shell restoration along repaired cracks.