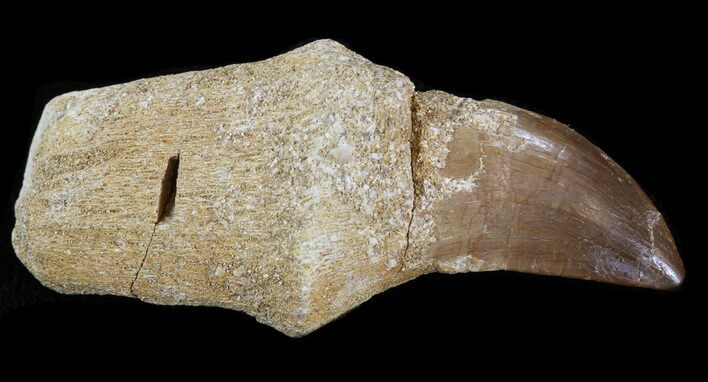 Real rooted Mosasaur teeth are not common finds, and nearly all of the "rooted" teeth you see for sale have fake roots. This tooth is a 2.5" in length with the crown being about 1" long. There are several repaired cracks in tooth.

Although Mosasaurs diversified and proliferated at a spectacular rate, their specialization is considered the source of their demise when marine systems collapsed at the end of the Cretaceous.
View Jurassic World Fossils
More About Mosasaurus & Mosasaurs
SOLD
DETAILS
SPECIES
Halisaurus arambourgi?
AGE
Late Cretaceous (~70 Million Years) 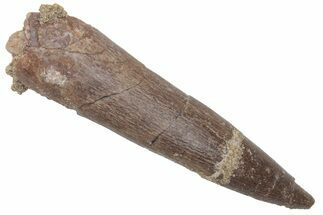 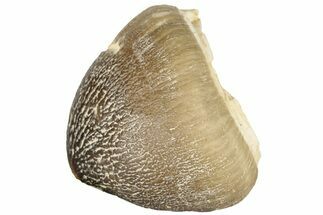 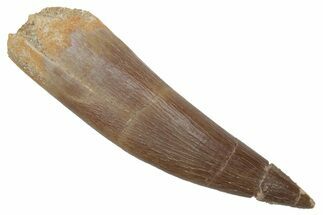 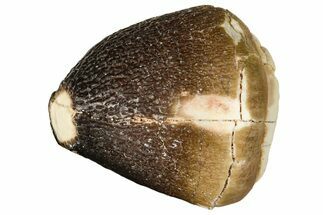