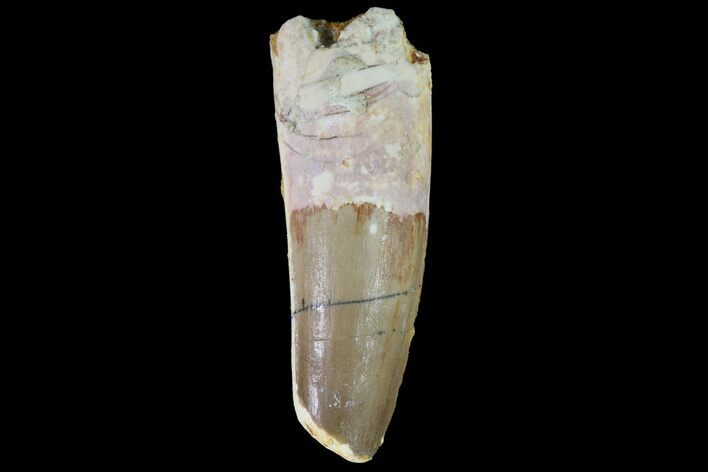 This is a nicely preserved tooth with decent enamel preservation. There is major feeding damage to the tip and a small chip of enamel missing on one side.