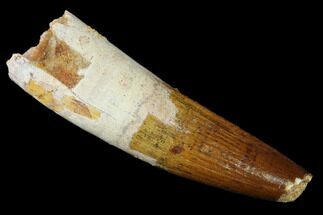 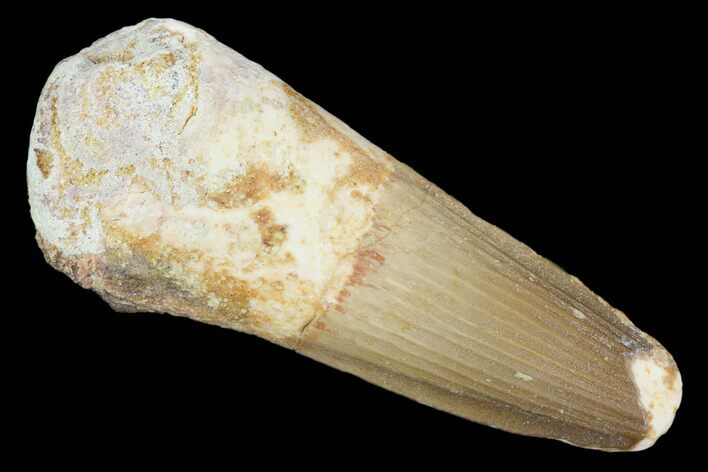 The enamel of this tooth preserved nicely, though there is a repaired crack about halfway down the tooth and significant feeding wear to the tip. 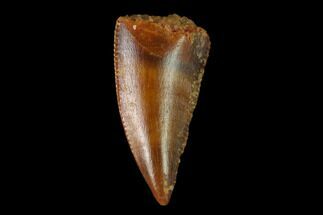 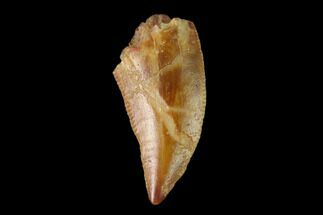 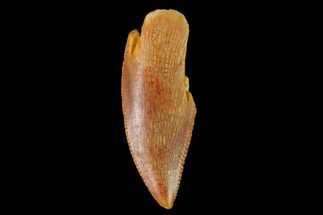