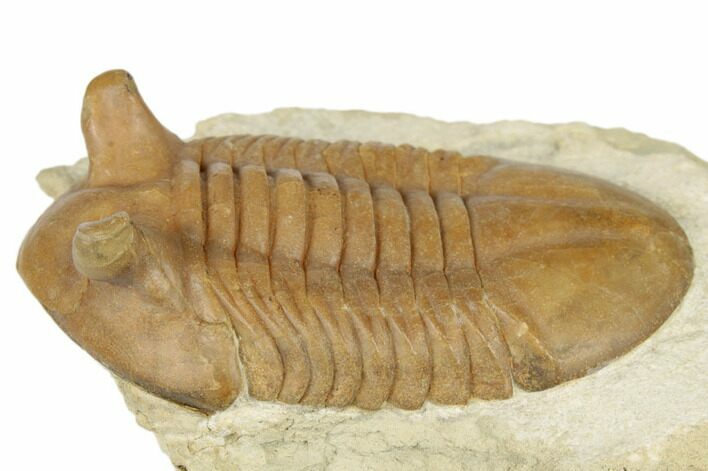 This is a 2.2" example of the stalk-eyed trilobite, Asaphus punctatus. It comes from the Gostlitsy Quarry in the St. Petersburg region of Russia. It has been prepared so that it looks ready to crawl off the rock. This specimen has less than 1% to the shell. 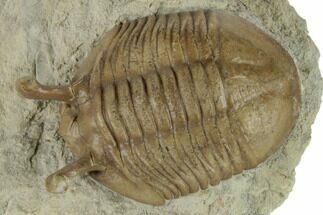 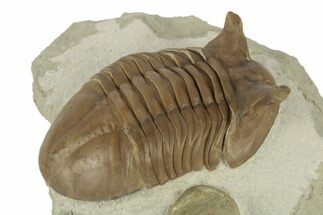