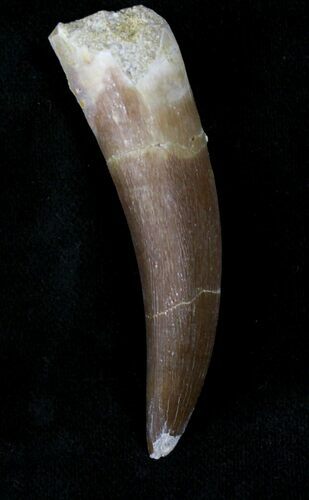 There are two repaired cracks in the tooth, one about 1/3 of the way from the tip and one near the base.