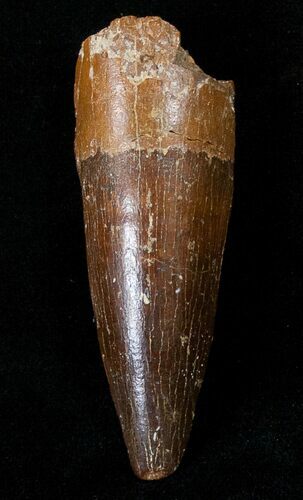 This tooth has gorgeous, mahogany colored enamel preservation, almost no feeding wear to the tip and has not been repaired or restored.