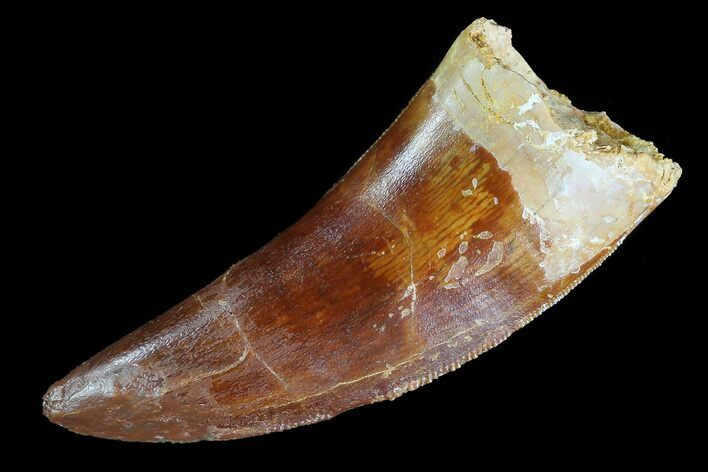 This is a beautifully 2.24, 2.95" long Carcharodontosaurus tooth from the from the Kem Kem Beds of Morocco. This massive theropod often gets compared to T-Rex but is actually thought to be larger.

About half of the serrations are still present on the tooth and most of the enamel is in good shape. There is some restoration to the enamel near the tip though.