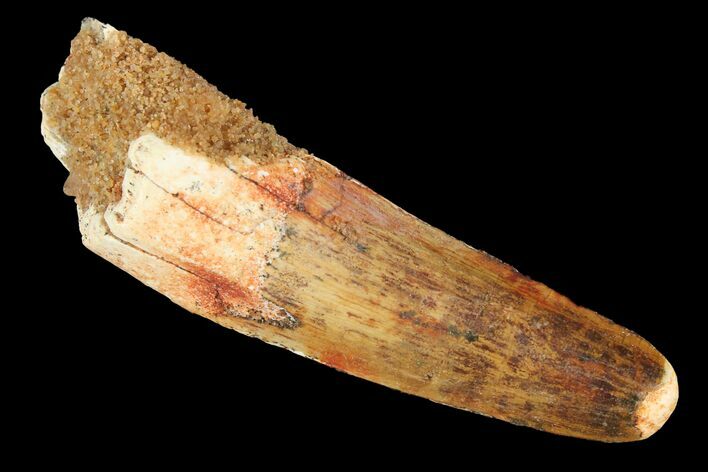 The enamel of this tooth is in excellent condition. There is feeding wear to the tip and a repaired crack about 2/3 the way down the tooth.