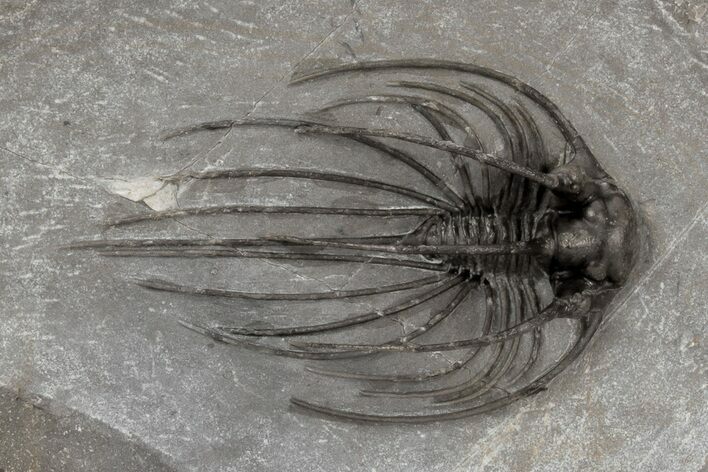 This is an incredible, spiny, Corynexochid trilobite. It is a 2.25" long Heliopeltis johnsoni from Issoumour, Morocco. This trilobite is literally all spines, with a very small thorax and dramatic occipital spines. 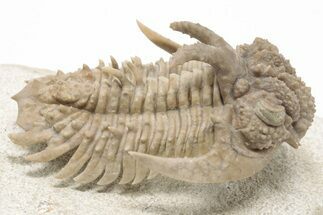 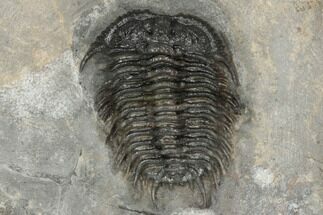